Character through Adversity - A Purim Message 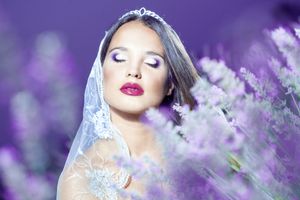 This month we will celebrate the holiday of Purim: the celebration of how a lowly Jewish girl rose to become the queen of Persia, risked her life to advocate for her people, fought to reverse the evil decree against them, and gained justice for the displaced Jews. Purim is a joyous holiday, but also a solemn reminder that the Adversary is tirelessly roaming about seeking our destruction.

This is just one of the many themes in the Book of Esther along with victory, humility, courage, etc. It might surprise you to know, however, that the Book of Esther was once filled with much controversy. It almost wasn’t even added to the Bible. The debate centered around one main issue, that the name of God is never mentioned! Not once! After much rabbinic commentary, it was decided that even though God’s name is never mentioned, He is clearly moving behind the scenes throughout the entire book, orchestrating every event and milestone like a patchwork quilt.

Often times we as believers have to deal with a seemingly unfair hand in life, filled with pain, tragedy and loss.  We often find ourselves saying, “Where was God in all of this?” This, in my opinion, is the main message of the Book of Esther, “The Lord will never leave you, nor forsake you” (Heb.13:5).

I remember a saying from when I was young that goes, “When you can’t see God’s hand, trust His heart.” God’s love for us is pure, and as any true love does, it fights for the highest good, ALWAYS! You can’t always see God’s hand moving in your life, nor could Esther see it in hers, but He was there, not just to bail her out of every dark situation but to build her character so she could rise to meet the challenges in the darkness.

God, too, helps us rise to life’s occasions. He prepares our hearts, listens to our pleas and gives us courage to fight the good fight. Together there is no hurdle we can’t climb over, no obstacle we can’t move, no pitfall we can’t avoid. Sometimes it seems like God is silent, but the teacher is always silent during the test. I heard a saying on the radio the other day, “Life is like photography. You need character to develop.”

The Book of Esther teaches many lessons, but probably the greatest is how God develops character through adversity. Esther was an orphan being raised by her cousin, yet she handled her loss with grace. She grew up in a foreign land, under religious, cultural, and spiritual persecution, yet she obeyed the laws of the land faithfully. Esther was chosen as Queen of Persia, a job that came with fear of death at the hand of a fickle king, loss of her personal freedom, not to mention her virginity, to become just one of many in a sea of forgotten, used, undervalued, and neglected women, yet she was humble. Esther faced an evil pursuer who sought to kill, steal and destroy both her, her family, and her people’s future, yet she acted with courage, wisdom, and strength from on high.

It is undeniable to anyone who has read the Book of Esther, that her circumstances and life’s challenges helped to shape who she was, and who she desperately needed to become. It is also undeniable that if Esther had failed to rise to any of the above challenges, we would not have a holiday to celebrate, nor a lineage for our Messiah. There would be no Jewish people.

But…that is not how the story ended, or how it began…God knew her path before she walked it; He held her hand through every trial; He helped her to soar above every storm; He stood with her in victory in the winner’s circle.